On June 16, Li Longqiang, deputy general manager of Xinhuanet Guangdong Co., Ltd. and his entourage, accompanied by Wang Qunqing, deputy director of the Propaganda Department of the Jieyang Municipal Party Committee, Lin Xiaoshan, member of the Standing Committee of the Jiedong District Committee, and Minister of Propaganda, came to visit Greatoo. During the survey, Xinhuanet interviewed our director Wu Hao on the topics of enterprise production and operation, technology research and development.

At the beginning of this year, the sudden epidemic had a serious impact on life of people, and it also had a great impact on the resumption of work for many companies. Director Wu introduced the company's various measures to actively prevent epidemic situation to the guests, while earnestly caring for employees and caring for employees, it made every effort to protect the production of the company. At the same time, the company took advantage of its own technological innovation, applied complete sets of intelligent equipment such as automatic electrode production, automatic block production, side panel automatic production line, slider automatic production and three-dimensional warehouse. At present, the tire mold manufacturing workshop basically realizes the single operation of the main process, avoids the crossing of personnel, reduces the concentration of personnel, and realizes the production of fewer people.

President Li and his party listened to the report, praised the trip that opened their eyes, and conducted in-depth exchanges with director Wu on the bottlenecks encountered in the development of the enterprise and the subsequent industrial layout. Director Wu said: In the current severe epidemic environment, how to combat the epidemic situation and ensure production is a challenge faced by many manufacturing companies. During the exchange, president Li learned that our company is a multinational business and set up subsidiaries in many overseas countries. He also mentioned that Xinhuanet has set up branches in more than 30 countries around the world, and stated that if the company has needs, it will use the advantages of Xinhuanet's new media platform to gather resources, solve difficulties for enterprises and provide promotional services.

Director Wu expressed gratitude for this. As a listed company, Greatoo will make full use of the favorable factors of the internal and external environment, continuously optimize the industrial structure, enhance industrial resilience, promote the company's long-term stable development, respond to the national policy call, and do a good job of "six stability", implement the "six guarantees" task and make due contributions. 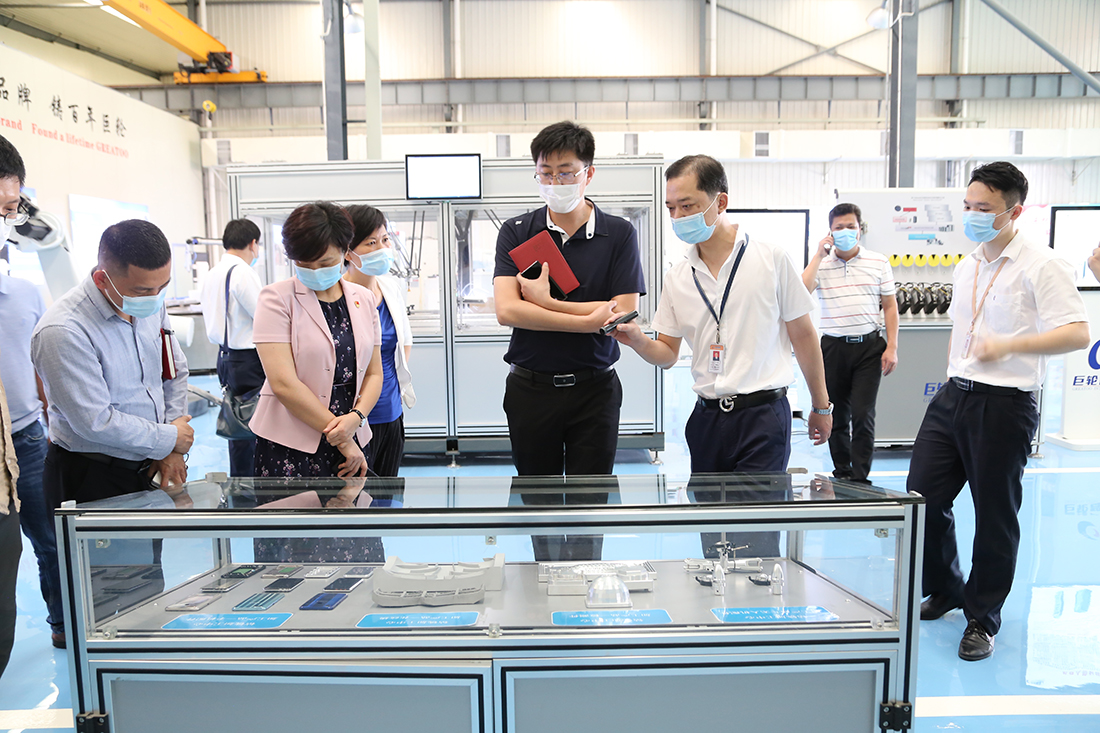