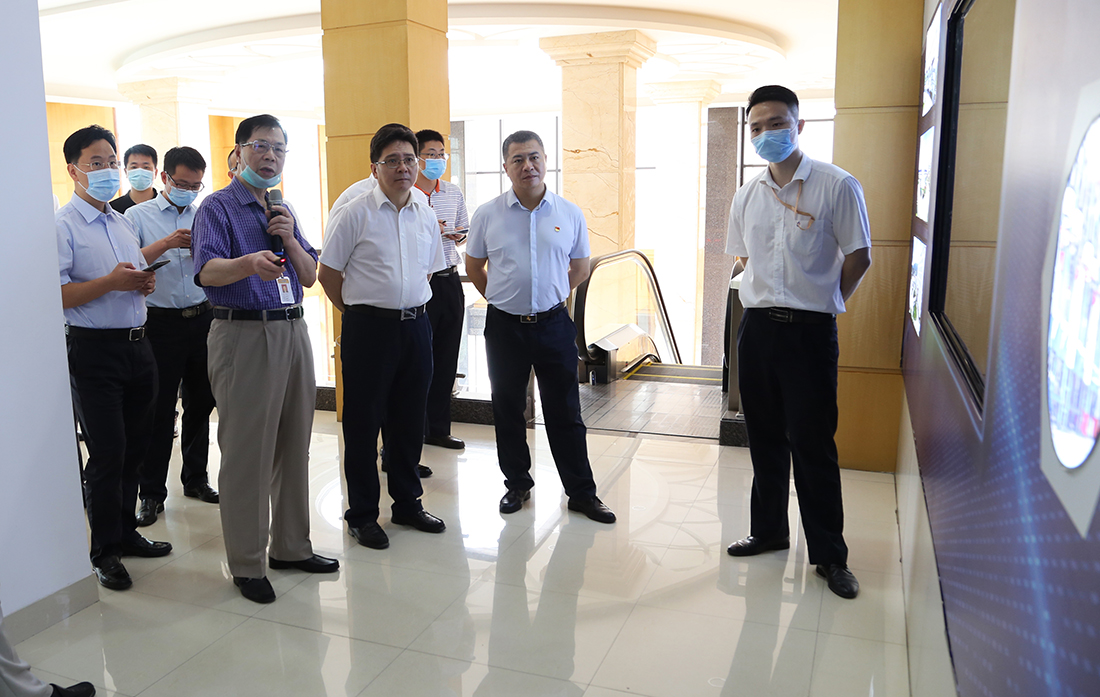 Accompanied by chairman Wu, the guests visited the intelligent workshop, robot exhibition hall, giant tire workshop and vulcanization machine workshop, as well as watched the production process and finished product display. Secretary-General Zhang conducted in-depth exchanges with chairman Wu on the development of the foreign trade situation. Chairman Wu introduced: As a large-scale export-oriented production enterprise, Greatoo actively learns about the relevant policies of various countries during the epidemic in order to respond to the challenges of export business. For example, Czech Republic, Germany, Slovakia, Portugal, Italy, and other countries in Europe closed their factories from March 28 to April, and logistics delivery was affected. The United States closed factories from March 27, and most of them implemented home-based remote office, so the business could not be carried out as usual. The Bangkok terminal in Thailand has been closed by more than 60%, and the A / B classes have been implemented, and the work efficiency is not as good as before. What’s more, the import clearance of India is all shelved.

Secretary-General Zhang listened carefully to the report and was concerned about inquiries about the impact of the company and the need for government support. Chairman Wu said that in the face of the impact of the spread of the epidemic, the company took a multi-pronged approach and actively responded. At the same time, he also hoped that the government would introduce relevant support policies for foreign trade companies, such as the exemption of customs cargo storage fees, the subsidies for the huge losses caused by the shutdown of the enterprise abroad, and the adjustment of the import tax rate to reduce the tax cost of imported materials, etc. In the current epidemic situation, every enterprise bears the brunt and faces a dangerous situation. However, if you persist, you will have the opportunity. With the support of the government's policies and the efforts of the enterprises, we will break out of the encirclement, turn the crisis into an opportunity, and create a new situation in economic development.

Previous：Yang Shuming, Deputy Director of Shantou Customs, Came to Visit GreatooNext：Wang Weixiong, Deputy Director of the United Front Work Department of the Huangpu District Committee of Guangzhou and Secretary of the Party Group of the District Federation of Industry and Commerce, Investigated the Greatoo (Guangzhou) Company
Back